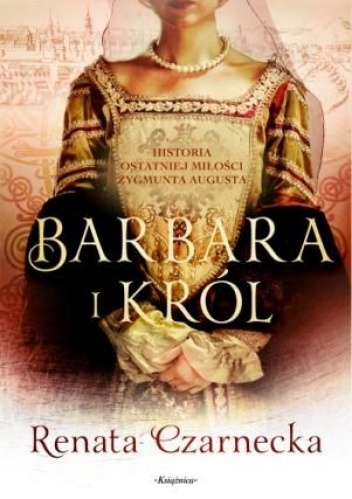 The mirror of the deceased

The night in November 1570 was quiet, without rain or turbulent wind that a few days ago hit the windows of The Royal Castle[1] in Warsaw and was permeated with autumn chill.

In the windows of the King’s House were flickering rust-coloured candle lights. Suddenly on the ground floor, near the king’s private chambers a light pulsed with muffled glow. In the corners of spacious room newly-lit candles stuck in tall girandole spattering dim light as if they were suffocating with their own flame.

Overwhelming peace and quiet gave an impression it was a dead place. Unexpectedly, there was a deep sigh and some figure loomed in twilight. Heavy chains hung on the chest flashing, rings stuck on bony fingers shone with deep green of emerald and the lifeless eyes revived. The king desponded. A moment before Mikołaj Mniszech, a chamberlain left the king. He left him deeply affected and touched, as if the news Zygmunt August heard gave him a new prospect and disinterred forepassed memories, and gave his life a new aim. A moment later the king rose from the chair but he did not straighten his silhouette. He stood round-shouldered and his step was devoid of springiness while he was walking towards the golden-framed mirror. His powerless legs shuffled on the carpet. Suddenly a face reflected in the mirror. The king’s face had plain features in the twilight, as if time went back. Zygmunt August was handsome and young again. His black eyes were full of pride and he possessed bright plain skin and nicely-shaped mouth. Black velvet cap, tightly put, merged with darkness. The monarch saw his face blurrily. He took the girandole closer to the mirror and took off his cap. He was stricken with whiteness of his hair contrasted with single black strands. Now he had grey eyes, deep lines around eyes and mouth, yet a flame of buried hopes and unfulfilled desires smouldered in his eyes. He felt chagrin and his eyes were full of woe. Only light uncovers the whole truth, reveals the putridity of aging and takes away any hopes for miracle that only a night can give. The monarch mused. Hopeful thoughts but also dilemmas tangled in his head. Was there another world on the other side of the mirror? The world of the dead defended by warlocks’ occult tricks? And if it existed, would his beloved Barbara recognize him? It’d been over twenty years. Was her love as passionate as in the past? And was it allowed to call for the dead from the Underworld just for your own whims, to satisfy your egoism and regardless of the spirit’s suffering what longs for nothing but the calm? And what if she also wanted it? If her spirit strayed among the alive and her only wish was to see the king for the last time to fade away and rest in peace?

The king’s body shook as if a dull inner repose of the soul shocked his limbs. He slouched even more under the burden of dithers, desires and helplessness. Finally he turned back and walked to the bower. The door opened and above a massive chest of drawers there was hanging the painting of his beloved Barbara. Two candles in brass girandoles lit the picture of the dead queen. Dressed in black coronation attire, in a crown encrusted with the most precious stones and white veil covering black-dressed shoulders, with white shining pearls decorating her face, she seemed pensive but tranquil. This is how he remembered her and how she lived in his heart, eternally young and beautiful.